How Does a VW DSG Transmission Work?

Volkswagen’s DSG transmission has been used in a variety of models since the mid-2000s on everything from the fuel sipping TDI models to the high-performance GTI and Golf R. DSG, which stands for Direct Shift Gearbox, combines elements of a traditional automatic and a true 3 pedal manual gearbox to create a unique and sporty driving. But how does a DSG transmission work 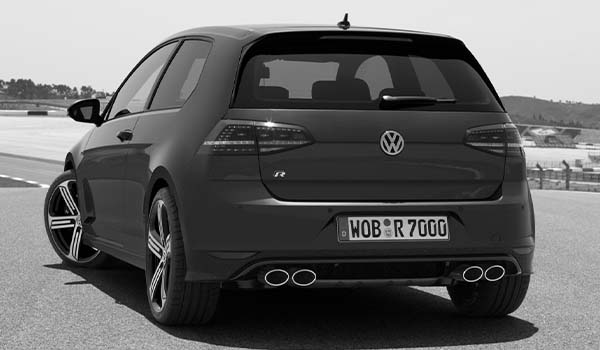 What is a DSG transmission?

The Direct Shift Gearbox is Volkswagen’s name for a style of gearbox known as a dual-clutch transmission. As the name implies, a dual-clutch transmission utilizes two clutches that can be engaged or disengages separately from each other to control gear changes. This system allows for extremely rapid gear changes a normal automatic is not capable of.

What’s inside a DSG transmission?

Inside a dual-clutch transmission, you will find two drive shafts coming from the engine. These driveshafts sit on top of each other, creating what looks like a single unit. However, each drive shaft is responsible for its own set of gears. Normally, one shaft controls odd gears, and the other will control even ones. Two output shafts sit around the driveshaft and contain the different gear sets each clutch is responsible for controlling, which send power to the differential and eventually to the wheels.

The inside of a dual-clutch transmission looks very similar to the inside of a traditional manual. They are extremely similar in their function other than the DSG’s lack of a clutch pedal. 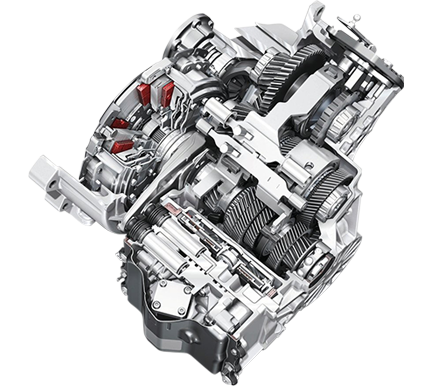 How does it work?

A DSG behaves very similarly to a manual gearbox, but instead of the driver depressing the clutch and shifting the gears with a gear lever, a computer makes the decisions for them.

The mechatronic unit is the brain of a DSG transmission. A system of valves, sensors, and solenoids is responsible for the transmission’s function.

The driveshafts are controlled by two clutches (dual-clutch!) that can engage and disengage the drive shafts depending on the gear selected by the driver or anticipated by the mechatronic unit. Each driveshaft engages with an output shaft connected to the differential and the wheels. Having two separate clutches controlling the odd and even gears is what makes the rapid shifts of a DSG possible.

The mechatronic unit can anticipate the next gear change, and using a gear selector, sets up the next gear for engagement. With the “shift” already completed before the gear change has occurred, when the second clutch engages it’s able to send torque through the new gear instantly.

The process is the same on a downshift. If the driver brakes hard, the mechatronic unit will set the transmission up to drop into a lower gear. 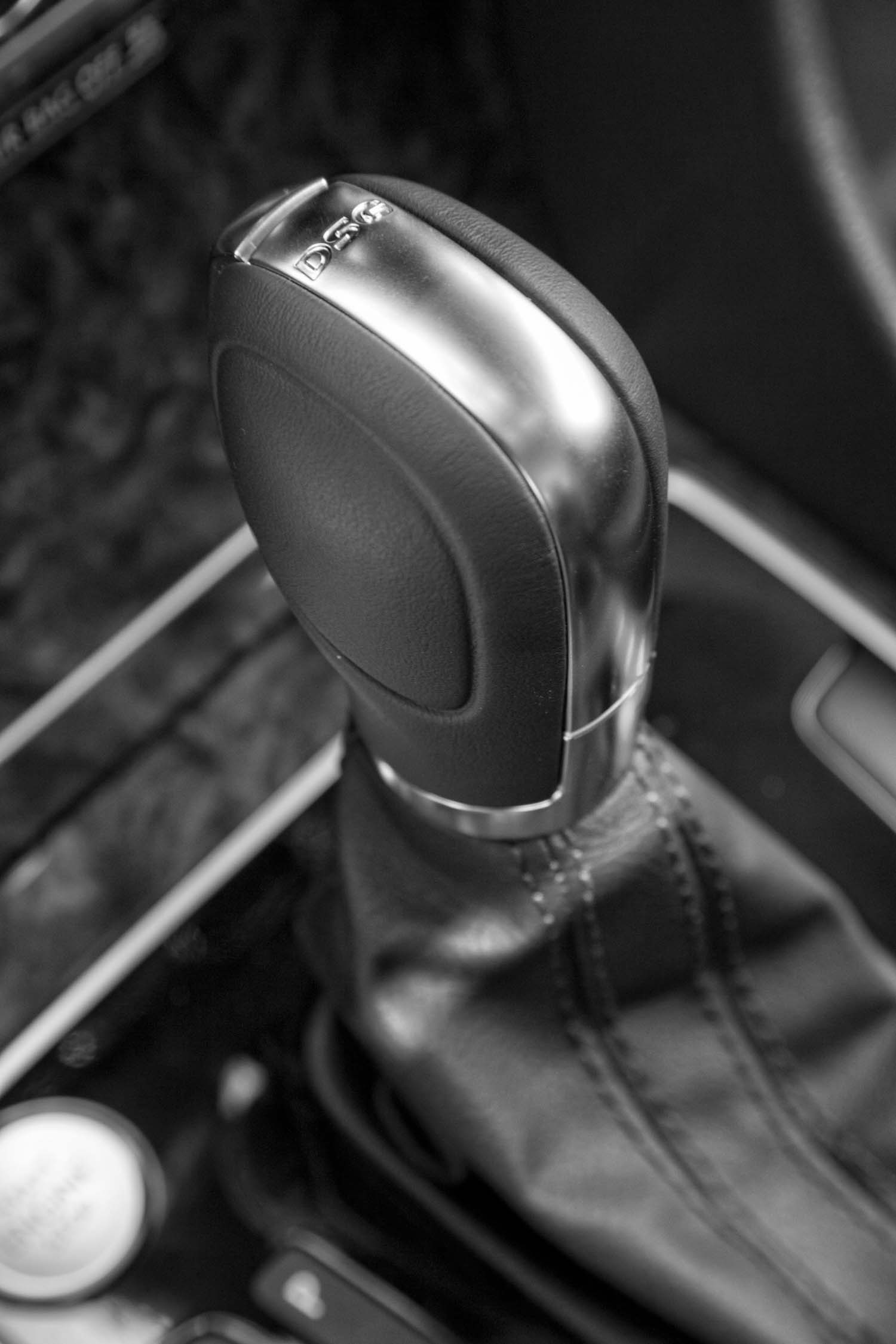 Advantages of a DSG

Driving a car with a DSG has some significant advantages over a standard automatic or traditional manual gearbox.

There is a reason many high-performance Volkswagen and Audi vehicles use a dual-clutch gearbox. Traditional automatics simply can’t keep up with the speed and crispness of a DSG gear change, and feel lethargic by comparison.

A DSG transmission can shift faster than any human can with a regular manual. For purists who like the control a manual provides, DSG sport modes allow for gears to be held for a long time without an intrusive upshift. Many companies offer a software upgrade for the transmission control unit which makes the shifts more aggressive and allows the driver to hold gears to redline.

Despite being very similar to a regular manual transmission, from the driver’s seat a DSG is just like any other automatic. Simply put the car in drive and off you go. There is no learning curve with a DSG which can be appealing for someone looking for a bit more performance without learning to operate a clutch.

DSG transmissions are rugged and robust, especially when compared to a traditional automatic. In some cases, the mechatronic unit can have issues, but the transmission itself is extremely reliable.

DSG transmissions need to be serviced roughly every 65000 kilometers. The service is also expensive due to labor time and pricey fluid. A traditional automatic has a much longer service interval and won’t cost as much.

Some people may find the rapid shifts of a DSG too harsh. They can also shift harder or experience a slight delay under conditions involving rapid braking and hard acceleration in a short time. Sometimes, the mechatronic unit is unable to keep up and will take a few extra moments to catch up.

DSG vehicles are typically more expensive than those with a traditional automatic or a manual.

Get your DSG serviced at Motor Werke!

If it’s time for a DSG service, bring your car into Motor Werke. Our team of highly skilled technicians has the knowledge and experience to service these unique gearboxes. Give us a call or schedule an appointment online today!