How to Choose a Sprinter Van for a Conversion

Living in a converted van is popular, and since the start of the Covid-19 pandemic, it has become a way for people tired of being stuck at home to get out and explore. The Mercedes Sprinter Van is one of the most popular platforms van lifers turn into their homes on wheels. One of our goals at Motor Werke is to begin serving customers looking to convert Sprinter Vans. This is the first article in a series on sprinter van conversions.

The first step one beginning a Sprinter Van conversion is to select a van configuration. Mercedes offers several lengths, heights, drivetrains, and engine options for Sprinters.

The size options of different Sprinter Van trims are mostly the same. Van options include height, wheelbase, and length. 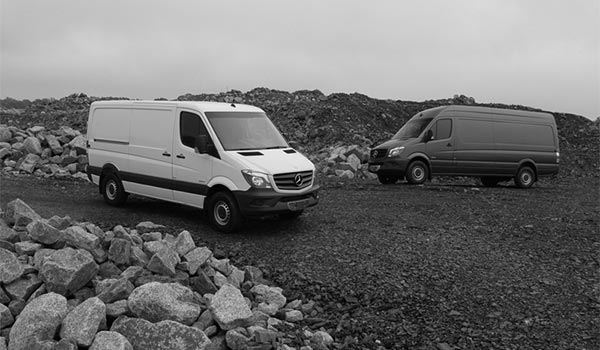 Sprinters can be had in a low roof (244.6 cm) and a high roof variant (270 cm). The low roof variant is only offered on the cargo van, which we will touch on later.

Mercedes offers three options for overall length on Sprinter Vans. The shortest option is 593.2 cm, the middle option is 696.7 cm, and the longest available van is 736.7 cm. The longer vans offer significantly more space but are harder to maneuver and park due to their size. 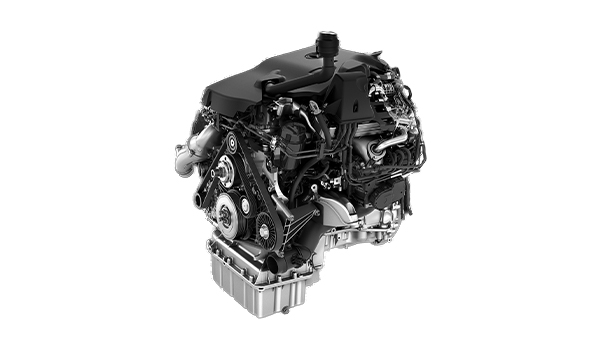 Both 4-cylinder options come with a 7-speed automatic transmission. The 6-cylinder diesel is offered with a 9-speed.

4×4 can be optioned on Sprinter Vans equipped with the diesel 6-cylinder. 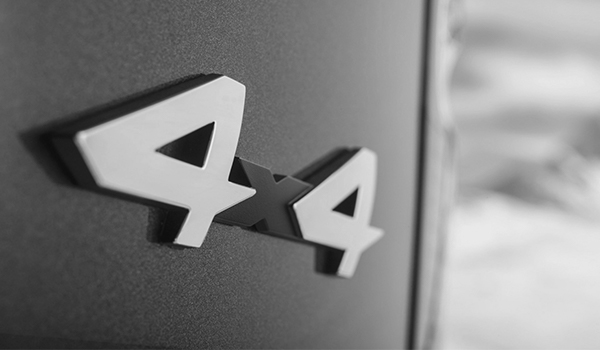 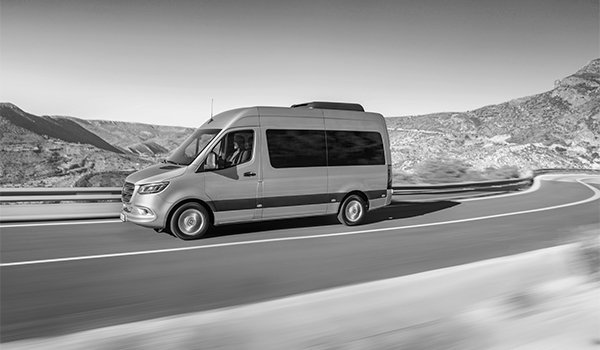 Beyond the dimensions and drivetrain options, you can also choose between three interior and exterior layouts.

The cargo van is the most basic sprinter. It’s also the cheapest new Sprinter available. It’s the only van that can be configured with a high or low roof, although the low roof is only available on the short-wheelbase version. If you opt for a longer van, it will have a high roof.

In terms of saving time on the conversion, a cargo van is a great option. The storage space in the back has no seats or windows, providing an entirely blank slate to build off of.

The crew van includes an extra row of seats and can seat up to 5 people. Most people doing van conversions will remove the seats, but the crew van has partial windows in the back, allowing for more visibility.

Behind the row of seats, the van is empty, still offering a blank slate to build off of. If you like the idea of having more visibility from the back, the crew van is a good configuration.

Lastly, the passenger van. This configuration comes with four rows of seats and windows around the entire vehicle. Prepping a passenger van for conversion will require extra work, and the van itself is more expensive. However, the benefit of the extra windows is twofold. The added visibility will make parking your van much easier, especially if you opt for a longer configuration. Second, the windows will make the living space feel bigger and allow you to take advantage of ambient light from outside.

The passenger van is only available with a diesel engine (either the four or six-cylinder) and 4×4 can only be had on the short-wheelbase version.

Which van should you choose?

The answer depends on several factors. First and foremost is your budget. Remember, once you have the van, you will still have to spend money to convert it into a livable space.

A full conversion with amenities like solar power, water, kitchen, and refrigerator can cost $80,000 or more, not including the cost of the van. A more basic van conversion can be done for far less than that, but it’s still going to take a significant amount of cash to get on the road.

For penny pinchers, the cargo van is the best option. You have a variety of dimensions and engine options available, not to mention you are starting with a blank slate. If you want additional windows, they can be added to a cargo van, although it will take extra work.

The crew van comes with more visibility than the cargo van but is more expensive. The crew van is a good choice if you want extra visibility but are still trying to save money. Like the cargo van, all three engine options and all dimension configurations – except the low roof height – are available.

Finally, if you have a big budget and want the most visibility, opt for the passenger van. While removing the rows of seats will require more work, having windows all the way around will make your living save feel bigger and allow for easier driving and parking.

This will depend on two things. First, where do you plan on taking your van? If you see yourself venturing far off-road into some extreme terrain, having four-wheel drive is a no-brainer. Frequent winter driving will also make 4×4 worth it. However, if you don’t think you will be venturing too far off the grid and plan on doing most of your traveling in the summer, opting for two-wheel-drive would be a better choice.

The second is budget, again. 4×4 will add around $10,000 to the van price. Even after the purchase, your gas mileage will suffer as a result of the four-wheel drive. With good tires and careful driving, you can take a two-wheel-drive Sprinter Van into many of the places as a 4×4.

You don’t have to start with a brand new van. Consider browsing the used market for a better deal. Sprinter Vans are often used as fleet vehicles, and once they are retired, they can make an awesome foundation for a conversion build for significantly cheaper. Just remember to get service history info and a pre-purchase inspection.

Hopefully, this breakdown will make your process of choosing a Sprinter Van easier. We will be putting out more information about Sprinter conversions in the future, so check back soon!

Don’t forget, Motor Werke is a full-service and repair facility specializing in European vehicles. Our passionate technicians have the skills and experience to work on Mercedes vehicles, including Sprinter Vans. Give us a call or schedule an appointment online today!