For vehicles with a manual transmission, flywheels are an essential part of the drive train. They reduce vibration from engine operation, smoothing out the driving experience. Modern flywheels utilize a more effective dual-mass design in response to harsher, downsized engines used in new cars.

While dual-mass flywheels provide a smoother and more refined driving experience, they are not perfect. Some drivers choose to switch to a single mass flywheel to take advantage of its lighter weight and cheaper price.

Is it worth it to convert from a dual-mass flywheel to a single-mass flywheel? Read on to learn the differences between these flywheel designs and what you may notice in the driver’s seat if you made the switch. 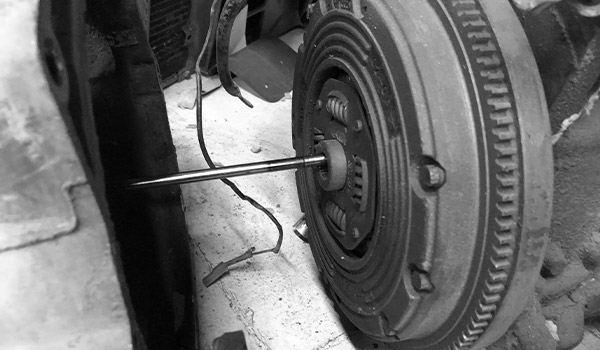 Why do engines need flywheels?

The flywheel is the mechanical connection between the engine and transmission, sitting on the end of the crankshaft just before the clutch. Flywheels allow power from the engine to smoothly transition to the transmission, which is then sent to the wheels of your vehicle.

While they may feel smooth while you drive, engines produce a lot of vibration while they run. The reason for this rough operation can be traced to the way a 4-stroke internal combustion engine makes power.

The power stroke, which occurs when the air/fuel ratio ignites and pushes the piston down, is the only stroke responsible for producing power. This results in blips of torque every time a piston completes the power stroke. Engines with more cylinders tend to feel smoother and more refined due to more torque spikes overlapping and balancing each other out.

What is a single-mass flywheel?

A single mass flywheel is a weighted disc that bolts to the end of an engine’s crankshaft, before the clutch and transmission. When they are rotating, single-mass flywheels reduce torsional vibration from the engine.

Single mass flywheels were the first type that was engineered. They were sufficient for reducing noise and vibration on older, lower-powered cars. 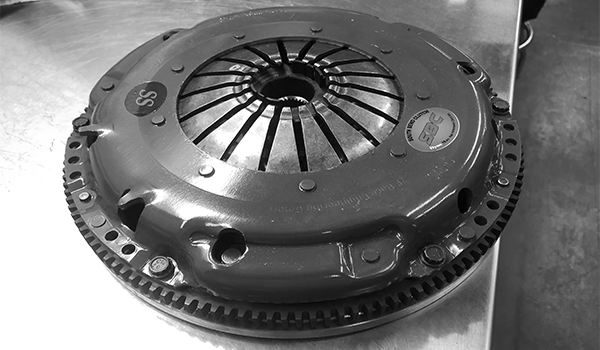 What is a dual-mass flywheel?

Automakers have been emphasizing downsized, high output 4-cylinder engines. While these power plants achieve great fuel economy and power output for their size, they are not nearly as refined. Single mass flywheels are not able to sufficiently reduce vibrations as engine technology advances.

Engineers created the dual mass flywheel as a solution, placing what is essentially a second, smaller flywheel between the engine and the clutch. Connected to the primary flywheel with springs, this secondary mass further reduces torsional vibrations from the crank. Dual mass flywheels are a more effective, and more complicated, solution for reducing engine vibration. 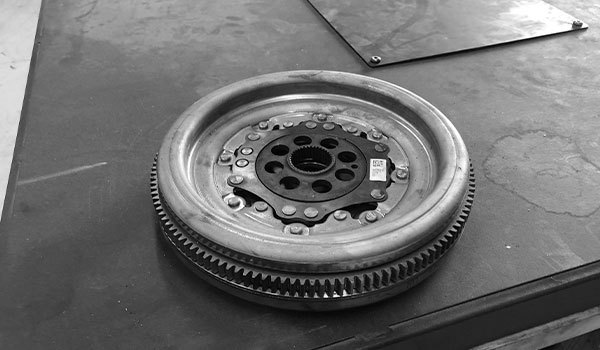 Are there any negatives to a dual-mass flywheel?

The biggest difference can be seen in cars with lower power outputs. A car with 150 horsepower will spend a significant amount of its power rotating the flywheel. Higher horsepower vehicles are still affected, but with extra power, on tap, they can rotate the heavier mass more easily.

They are more complicated and expensive

Why convert to a single mass flywheel from a dual mass one?

On the other hand, many performance cars can see a substantial bump in performance and driving pleasure by using a single mass flywheel. Like we discussed earlier, having a lower rotational mass will result in a faster engine response.

This means you will experience less rev hang when you take your foot off the throttle, and the RPMs will climb faster when you push the throttle down. This increased response can make a big difference in the way your car feels when you drive.

While converting to a single mass flywheel seems like a no-brainer for an enthusiast, there are a few things to consider.

What are the downsides to a single mass flywheel?

If you are used to the way your car feels with a dual-mass flywheel, your first drive with a single mass flywheel will be very different. With less dampening ability, you will notice more engine vibration. This extra vibration may present as “jerky” at low RPMs.

A single mass flywheel will make your car louder

Should you convert to a single mass flywheel?

Ultimately, this is up to you. The performance benefits can be significant, but your car will be more “racecar” like than before. If you think the added noise and harshness would get old, you might not want to convert to a single mass flywheel. However, if you enjoy driving your car hard and want more engine response, a single mass flywheel is a great modification.