Car manufacturers are now lengthening their oil change intervals anyway. If the recommendation is 8,000 kilometres, a few extra trips can’t do that much damage. Can it?

Ask the owner of this 2015 BMW X5 that recently required an engine replacement. An ounce of prevention – or six to eight quarts of new oil – is worth 400 pounds of cure. 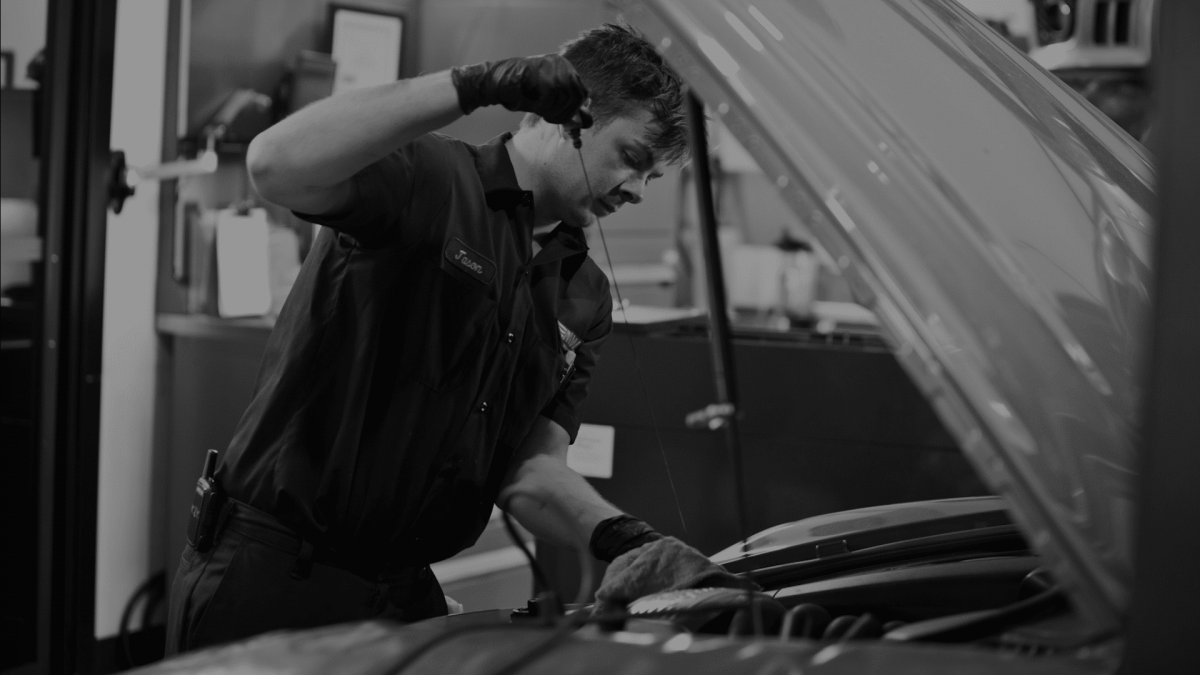 Work, kids, and Big White calling your name to hit the slopes whenever you have some downtime. Life gets busy. We get it! Then, one day, you notice that little reminder sticker in the top left of your windshield that your oil change was due about 4,000 kilometres ago. Whoops!

After all, car manufacturers are now lengthening their oil change intervals anyway. If the recommendation is 8,000 kilometres, a few extra trips can’t do that much damage. Can it?

Ask the owner of this 2015 BMW X5 that recently required an engine replacement. An ounce of prevention – or six to eight quarts of new oil – is worth 400 pounds of cure.

Oil is the lifeblood of your vehicle. It lubricates and protects meticulously engineered moving parts in your car’s engine. Sticking to Motor Werke’s oil change interval recommendations is the most economical way to maintain peak performance in the vehicle you rely on for work, family, and the drive up for a day of skiing.

As the above video explains, vehicle owners who fail to change their oil for extraordinarily long periods may experience premature engine failure and require a complete engine replacement.

As a vehicle owner, you know the importance of routine oil changes. However, many vehicle owners don’t realize the repairs they may face due to attempts to extend their engine oil life.

Listed are potential vehicle problems that could develop and cause eventual engine failure if the oil is left unchanged for too long:

The higher the quality of engine oil, the more likely it contains better additives to maintain your engine’s health. As the oil is used, these additives break down, allowing your engine to be more vulnerable to corrosion.

Many variables can affect the length of time these additives maintain intact. Because our technicians get to know the cars and drivers we work with so well, we customize our recommendations for the best oil and schedule.

Do you remember the first time you drove your European car? That power. It was different from any other car. That’s why you chose it.

Motor Werke’s auto technicians want you to experience that new car feeling over your vehicle’s entire lifetime. Quality engine oil and regular oil changes maintain horsepower levels by allowing the engine components to move with as little friction as possible.

As engine oil ages, it starts to congeal, gumming up the engine’s moving parts. The sludge in your engine can start to rob you of power, as you take off from the red light or climb an Okanagan hill. Keep your ponies under the hood happy with fresh oil, and on time.

In addition to decreased oomph in your engine’s horses, the thickness of old engine oil can also lead to blockages, getting trapped in every crevice imaginable.

Not only does the oil become thicker as it ages, but the debris that it has collected may get left behind as dirt, rust, and other particles as it moves through the engine. These particles become lodged between moving parts, once again causing havoc on engine parts.

As we’ve already covered, oil becomes thicker and dirtier as time goes on, preventing the engine parts from moving as freely as they’d like. As the friction increases in the engine, so does the vehicle’s average temperature while in operation. If the friction becomes too much, components will overheat and give up.

We hope that the myth has already been debunked that your warranty is void if you get your oil change done by anyone else but the dealership where you purchased your car. If not, consider this another attempt to debunk it.

You can have your vehicle serviced anywhere. We hope you choose us! Our auto technicians will ensure that your vehicle’s services are not only done according to factory specifications but before damage occurs to other parts that may not be under warranty.

Keep your car running smoothly and its warranty intact with access to detailed records of your maintenance history, should you ever need to provide documentation at the dealership.

What do all of the problems mentioned above lead to? A complete meltdown and a possible engine replacement. The worst possible outcome for your car and your wallet. Go long enough without an oil change, and it could eventually cost you your car.

Even if a manufacturer recommends an extended oil change interval, ask our European auto technicians what is best for your vehicle. Not all engines are the same, just like not all oils are the same. We have extensive knowledge in both and are here to help keep your vehicle safely on the road, in pristine condition.

Because life gets busy, we offer shuttle service, courtesy cars, and vehicle pickup and drop off services to make your oil changes even more convenient.

An engine is a complicated thing. So many parts, all moving, all working together to keep you in motion. Oil is imperative to keeping everything flowing harmoniously.
As oil flows through the engine it continuously draws heat away and lubricates thousands of components that all work together to keep your car rolling down the road without issue.

An engine is a complicated thing. So many parts, all moving, all working together to keep you in motion. Oil is imperative to keeping everything flowing harmoniously. As oil flows through the engine it continuously draws heat away and lubricates thousands of components that all work together to keep your car rolling down the road without issue. While it is lubricating, it is also cleaning; picking up dirt and debris as it goes.

Eventually, the oil becomes dirty from picking up the particles throughout the engine, making it abrasive and less effective. Dirty, used oil doesn’t lubricate well, and if left long enough, can lead to overheating, contamination of internal components, and in extreme cases even seizure of the engine.

To provide adequate protection we recommend an annual oil change or every 10,000 km for naturally aspirated cars and 6,000 km for diesel and other turbo-charged petrol engine cars.  Turbo-charged engine components create higher temperatures and therefore generate more wear.  When there is more heat, there is increase wear.

Once you have decided to get an oil change at the proper maintenance interval, and the oil has been removed from your car and replaced with fresh, what happens to it?

At Motor Werke, our used oil is stored on site until it is picked up by a company who is specialized in recycling and repurposing liquids.

There are many reasons not to dispose of oil, one being that it can be cleaned and made into new product. It can be turned into re-refined oil and used as a lubricant again, made into hydraulic oil, used in industrial burners, and used as an additive in manufactured products.

First, it is determined what oil can be re-refined. Re-refined oil will be turned once again into a lubricant of sorts. If it is in good enough shape to re-refine, it goes on to be dehydrated by removing all traces of water in the oil.
Once the water has been removed, the oil will then be filtered and demineralized. This removes any solids and additives that may be present in the oil. “Light” fuel is removed from the oil after this stage.

Vacuum distillation then removes the fraction of the fluid that is suitable for reuse as lubrication and it goes through a process called catalytic hydrogenation. This removes polymers and other chemical compounds remaining. At this point, the oil is separated into 3 grades and viscosities for different applications.

Finally, the appropriate detergents and anti-friction additives are added to produce a finished product.

Recycling and re-refining oil is greatly beneficial both environmentally and economically. Oil is a non-renewable resource, and so, every time it is re-refined we are protecting that resource. The process of re-refining is also less harsh than the refining of crude oil and uses less energy. Oil that is being re-refined is also oil that is not being dumped down a drain or spilled into our waters, lakes and rivers.  Improper disposal can wreak havoc on ecosystems and cause devastating contamination of soil and water.

At Motor Werke, we collect all oil into our catch cans to ensure it’s processed and recycled. For more information on our environmental responsibilities, please visit us here.